The 6 villages of the Causses and frontal Causses situated at the bottom of the Larzac foothills are at the heart of the Causses et Cévennes territory, which is classified as a UNESCO World Heritage site and is a part of the "organically evolved continuing Mediterranean agro-pastoral cultural landscape".

THE CAUSSES AND THE FRONTAL CAUSSES

This small village of 700 people owes its world-wide reputation to the famous cheese of the same name.  In 1925, Roquefort was the first cheese to be awarded with a Designation of Origin. During the Earth’s Quaternary period a tectonic event occurred that caused the sliding of rocky masses, generating the depressions on which the village was built.

Today, Roquefort is a village with an agribusiness activity that employs more than a thousand people. The main feature of the village’s economy is the presence of seven firms involved in the manufacturing of Roquefort cheese and which are responsible for the maturation process of the cheese in the unique caves, and it’s subsequent packaging, shipping and marketing.

The Rocher Saint-Pierre and the 10th century chapel with a viewpoint indicator (above the Caves Société visits parking lot).

The Quilles de Baragnaudes: vertical rocky monoliths which rise up from the cliff.

The church with its modern stain-glass windows crafted by Stephen Fleury.

The Nicolaï Greschny’s frescoes displayed inside the Town Hall. 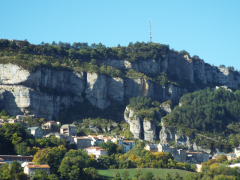 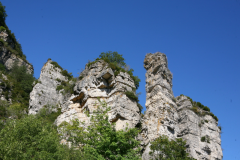 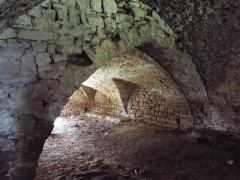 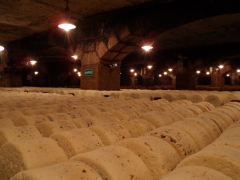 Saint-Félix de Sorgues is situated at the junction between the Rougiers and the frontal causses. Formely a Commandery of the Knights of St John of Jerusalem (Hospitallers), the village was founded during the 12th century and fortified during the 15th century (remains of a gate and a tower decorated with ornate gothic windows). The village once had a strong economic activity related to textile (weavers, drapery mills…).

Mascourbe: this outbuilding, once part of the Hospitallers Commandery, is a mighty battlemented farm. 4 dolmens, dry-stone boundary walls, shepherds’ turret and buissières can also be seen. Two easy walking trails allow you to explore and enjoy this rich heritage.

Saint-Caprazy: this hamlet with its Romanesque and Gothic architecture is one of the outbuildings of the Commandery and includes a woodturner workshop. 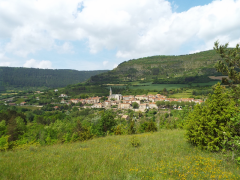 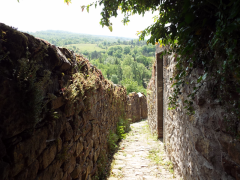 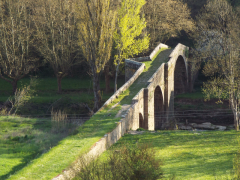 The territory of the village of Saint-Jean d'Alcapiès is entirely situated in the frontal Causses which are a transition zone between the Sorgues valley and the high cliffs of the Grands Causses.

TO BE SEEN IN THE SUROUNDING AREA

Castel-Crémat, on the southern heights of the village: remains of the castle of the lord of Saint-Jean d'Alcapiès: ancient fortified farm which has been renovated and turned into outstanding gites: Dolmen de Gaoudaret, situated in the middle of a field.

Alcapiès was built next to the crater of an extinct volcano, the only one in the Causses region (puech de Pradeilles and puech de Lubio).

Caussanuejouls: remarkable lavogne with a stone paved bottom that collects rainwater for the sheep to drink. The site offers a nice view over the Larzac cliffs, especially that of Combalou, which shelters the Roquefort caves. 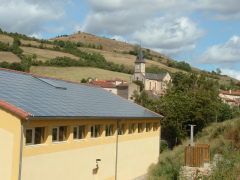 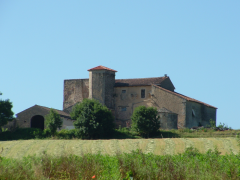 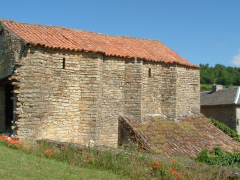 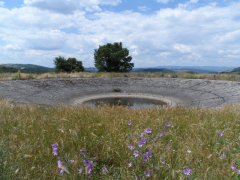 This village is situated at a geographical crossroads between Larzac, the frontal-Causses and the Cernon valley. The people who lived here before us have left their traces on every plot of land: dolmens, low dry-stone walls, cazelles, shepherd’s cabins, lavognes…You will be able to see all of this heritage during your hikes. These testimonies to human presence from the past also include more substantial structures such as churches or chapels.

A 12th century castle overlooks the village where a Nicolaï Greschny’s fresco can be found in the 19th century church.

Discover Southern Aveyron with Sud-Rando through the many trails that criss-cross the territory and enjoy outdoor activities with Explo Nature.

Sargel outliers: take your Backpack Trail and get to know the magic of the site and a cave which have been a human settlement during prehistoric times.

Mélac castle (visits and concerts during the summer season).

Bussac: the village was formerly owned by the Hospitallers, breeding of Angora goats (Mohair en Aveyron). 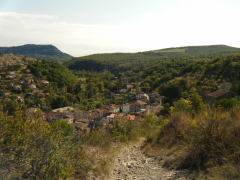 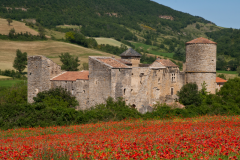 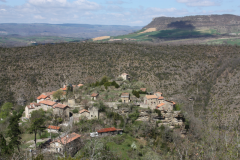 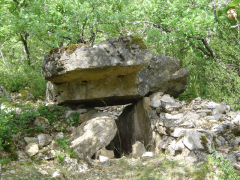 Peaceful and sunny village situated at the foot of the Tournemire amphitheatre and the Larzac plateau. The expansion of the village began with the building of the railway in 1874 and the development of Roquefort cheese production.

The Soeurs de Notre Dame convent was built on the remains of the Marquis de Montcalm castle. Emma Calvé the famous opera singer was one of its students.

The Tournemire and Boutinenque amphitheatre (walking trail): it provides the perfect habitat for birds: the crave à bec rouge, the rocks swallow, the eagle owl and several bat species. Le Pont du diable (Devil’s bridge) is located at the back of the amphitheatre and can be reached on foot or mountain bike.

The cross of Grépounac which is situated on the Larzac (towards the Viala du Pas de Jaux by the D23) allows you to enjoy breathtaking views overlooking Roquefort and the Combalou, the Larzac and the frontal-causses. 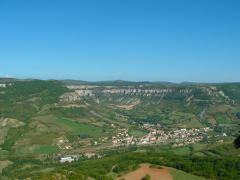 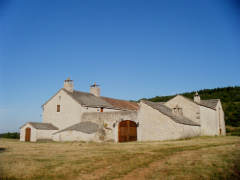 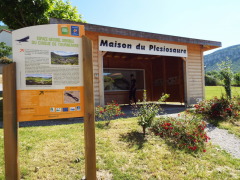 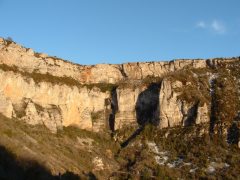 These two villages built by the riverside are very popular with fishermen (cat I). Their history has always been connected to the Sorgues valley as a passageway but also to the two surrounding plateaux: on the left bank, la Loubière, once forest-covered and inhabited, is today fields and pastureland: on the right bank, the avant-causses of Hermilix and Nissac with a very ancient human presence. Dolmens and a recently discovered Celtic stone are evidence of this past human activity.

12th century fortified village, the historic entrance gate of the castrum has been recently refurbished. The two castles of the villages are classified Historic Monuments but only the one in Versols can be visited (during the summer season). Some beautiful houses with mullioned windows and outstanding porch-ways are particularly striking.

The village was built on a rocky bed at the crossroads between the Rougiers and the frontal Causses and has evidence of the presence of 3 former churches (in the graveyard, on the remains of the battlements overlooking the river and on the site of the present church in heart of the village). The fortifications were erected by the Hospitallers of Saint-Félix de Sorgues. There is also the outstanding 12th century gothic bridge.

Worthy of notice in the graveyard: the spire and the tympanum of the Saint-Caprais church which is listed as a historic monument and the grave of Elizabeth Medora Leigh, daughter the famous Anglo-Scottish poet Lord Byron.

This village which houses a former textile mill is characterized by a woolen oriented pastoralism rather than a dairy one.

Le Cayla : Romanesque Chapel with a slate stone roof and which is erected on a rocky peak (a yearly pilgrimage takes place on Whit Monday).

Cinzelle et Lapeyre : a hydroelectric plant which is over a hundred years old and is still operating, and the canals. 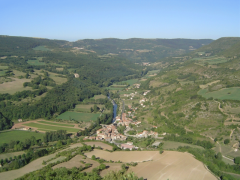 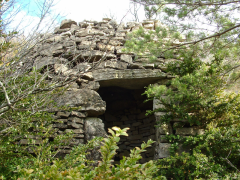 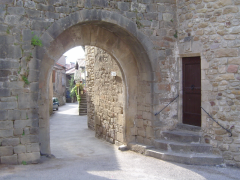 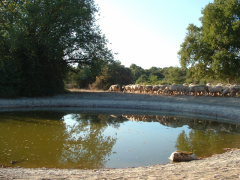