Red stone village perched on a rocky spur, the Dourdou river running through it has played a prominent role through turning the wheels of it’s mills.

To be seen in the village of the viala du dourdou

Remains of the castle under the presbytery and the Saint-Jean Baptiste church with its bell dating back to the 17th century (listed as a historic monument).

to be seen in the surrounding area

Enjoy the Maurels carved standing stone on the roadside towards Saint-Izaire. 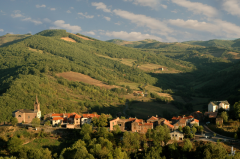 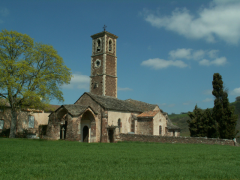 The village of Coupiac is overlooked by a medieval castle which was formerly owned jointly by the Counts of Rodez and Toulouse.

The Castle: displays permanent exhibitions about everyday life during the Middle Ages and provides Medieval activities all year round.
The St Voile Chapel: ornamented with Nicolaï Greschny neobyzantine frescoes.
The wood museum: Located into the premises of “Meubles Bel” (furniture shop), where the third generation of cabinetmakers still draw on their know-how in a deeply rooted tradition.
In the village streets:  Tympanum of the Roman church Notre Dame de Massilliergues dating from the 11th century and set under the porch of the present church, washing place, half-timbered house, archway… 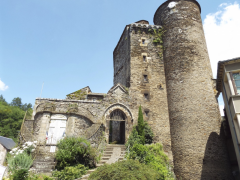 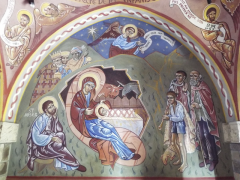 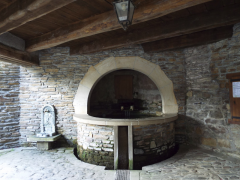 Martrin was historically a former Commandery of the Hospitallers of Saint John of Jerusalem, as indicated by the numerous remaining buildings dating from that period, some of which are still inhabited today.

To be seen in the village

The Hospitaller Tower and the tomb of the commander: The bell-tower built in 1392 provided haven to local people during war periods. It is attached to a more recent church which holds in one of its chapel the tomb of Penaveyre de Sales who was commander during the 15th century.
The village of Le Cayla: picturesque village with pebble streets. 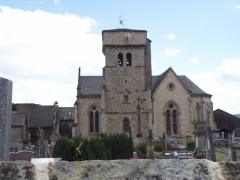 The village is situated on the edge of the Tarn department. Curiously enough, the Rance river marks the borderline between Aveyron (Plaisance is on the right bank) and Tarn (Curvalle is on the left bank).

The press: an imposing wine press dating from the 18th century
St Martin Romanesque church
In the village streets: St Laurent Cross, St Eutrope Cross…
L’Horte recreation area, which is situated after the bridge, offers a nice tree-shaded place nearby the river. Here, you can enjoy several outdoor leisure activities such as camping, picnicking or you can take advantage of the municipal swimming pool that arranges events and attractions all year round. 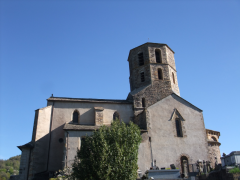 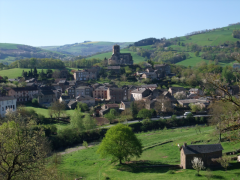 Medieval red sandstone village built around its castle on the left bank of the Dourdou river. Some architectural features are reference to the Vabres bishops, and to part of the

In the streets of the village: bread oven, calade (sloping paved street), washing-place, consuls square and its house with a tower.

On the same bank, towards the Viala du Tarn by the D133: Les Ardeliès, which are a set of 4 carved standing stones by the roadside.

On the right bank, opposite the old village is the Notre Dame de Grâces chapel.

Abbot Hermet’s native home is situated in the Mas Capelier. He was the first person to give the carved standing stones a historical and archeological significance and dedicated his life as an archeologist to study them.

The tunnel road: this disused railway line, without it’s rails, that runs through tunnels and crosses bridges towards Albi is commonly referred to as “the Friendship valley” (see the Tarn valley leaflet). 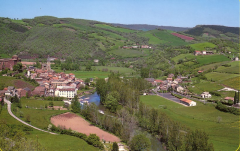 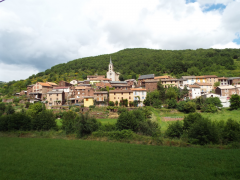 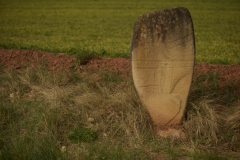 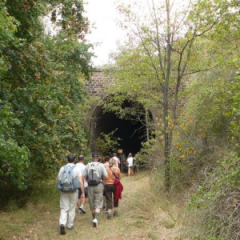 In addition to its 16th century castle which is still inhabited and privately-owned today, Saint-Juéry has the privilege of owning two churches. The most recent one dates back from the early 20th century, whereas the other one of a Romanesque style, would have been built during the 12th or the 14th century.

The old church and the new church

The village of Ennous (head your way towards Martrin – Farret, then turn right after 1km) is a charming small village that overlooks the Gos valley. This hamlet which was walled in ancient times displays to the eye of all passers-by part of the ditches that once used to provide protection against invaders.
The village of Farret is nestled in the small Constantinople valley (between St Juéry and Martrin) and is dominated by the century old church. Several houses have kept some 15th and 16th century openings (inn windows).
Carved Standing Stones: La Raffinié (located between le Cayla and St Christophe - GPS coordinates 43.912472, 2.630969), Jouvayrac (located between Jouvayrac and La Clauzure -GPS coordinates43.948521, 2.613077)

Village built with red sandstone, which has taken advantage of the prestige of an Abbey, then of a Bishopric. The bishop’s palace has become the center of the village’s commercial development into market gardening production (Gardening Meeting held on May 8th).

Beautiful houses built during the 18th century (House of Aldermen)

Noteworthy: situated by the Dourdou riverside is a flourmill that is still in use today producing different flours sold at the Saint-Affrique market.

Visigothic tombs : dating from the 5th to 7th centuries and can be discovered during a walk along the Joncas path.

Ségonzac : antic wine-press in front of the 19th century church 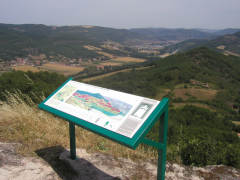 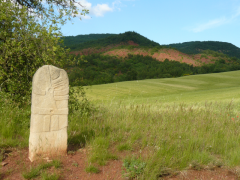 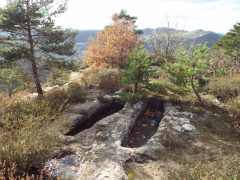